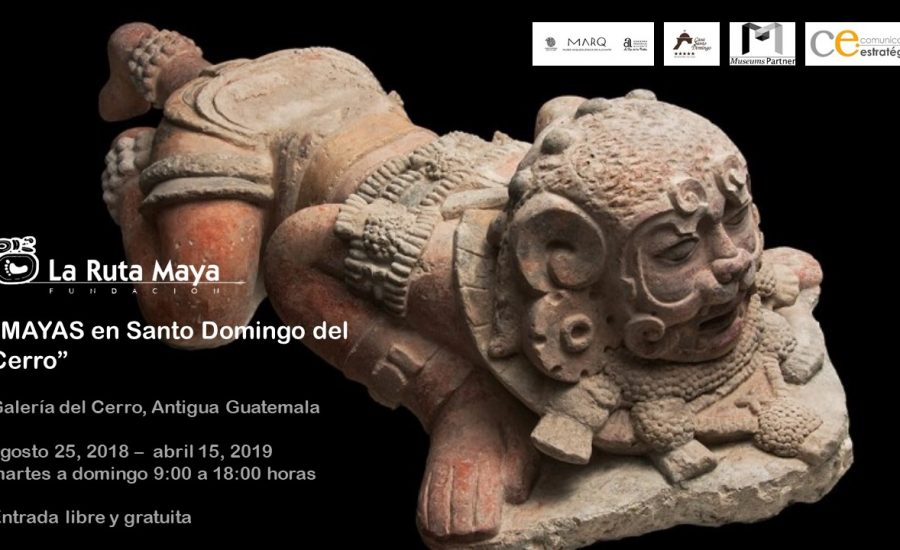 This exhibition presents the collection -in the custody of La Ruta Maya Foundation- that was shown in the traveling exhibition “Mayas: Rulers of the Rainforest”, which included three museums in the same number of European countries: The Drents Museum in Assen, The Netherlands; the Historisches Museum der Pfalz in Speyer, Germany; and the Provincial Archaeological Museum of Alicante (MARQ), Spain.

The exhibition also included loans from the National Museum of Archeology and Ethnology of Guatemala (MUNAE) and the Dr. Juan Antonio Valdés Museum / Herrera Collection of Uaxactún, Petén. In Europe, the exhibition also featured works of art from the Ethnological Museum in Berlin, the Rautenstrauch-Joest Museum in Cologne (Germany) and the Museum of Cultures (Basel, Switzerland). Such exhibition was very successful in all its venues, generating more than 300,000 visitors.

The MARQ was the third European museum to house this important show with the title “Mayas. The Enigma of the Lost Cities”, being La Ruta Maya Foundation the institution with the largest number of objects on loan at this venue. In Alicante alone, more than 97,500 people visited the exhibition from May 25, 2017 to January 7, 2018, reaching record figures during the “open doors” week, held during the last days before closure.

The collection is under the custody of the La Ruta Maya Foundation with the objectives of protection, conservation, research, dissemination and exhibition to the public for educational purposes. Therefore, is registered as Cultural Heritage of the Nation in the Register of Cultural Property of the Ministry of Culture and Sports.

El Cerro Gallery hosts this exhibition thanks to the support of the Provincial Archaeological Museum of Alicante (MARQ), the Paiz-Schloesser family, Embapaq Movers, MuseumsPartner, HL Group, and the very important hospitality of Casa Santo Domingo Museum Hotel and its staff, without which this presentation to the national and foreign public would not have been possible.