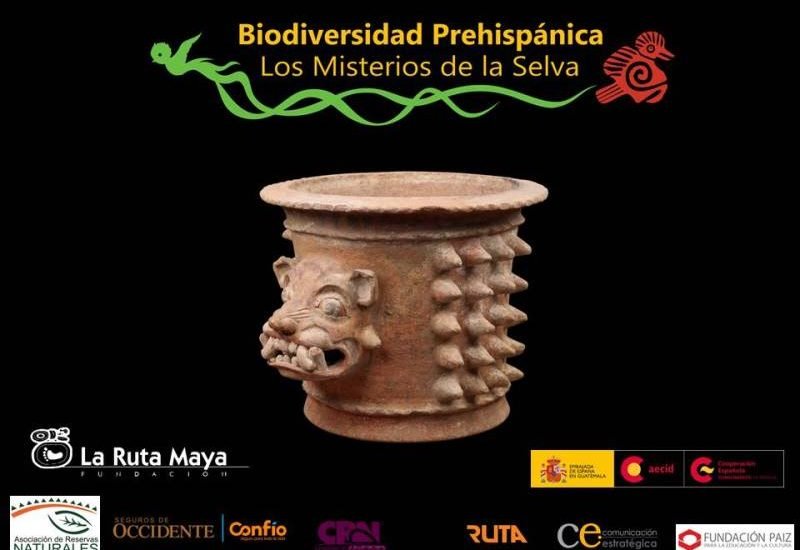 La Ruta Maya Foundation, with the support of the Training Center of the Spanish Cooperation (CFCE, in Spanish), presents the temporary exhibition “Pre-Columbian Biodiversity, The Mysteries of the Jungle”.

This exhibition is open to the public at the headquarters of the (CFCE) Antiguo Colegio de la Compañía de Jesús (6ª avenida Norte, entre 3ra y 4ta calle Poniente, Antigua Guatemala) from the 18th of August of 2017 to the 25th of February of 2018, in a schedule of Monday to Sunday from 9:00 to 18:00 hours. Free entrance.

This exhibition shows a selection of 107 archaeological objects, spanning from the Late Pre-Classic to the Postclassic periods, with which it presents an overview of the importance of the natural environment in the local worldview from Pre-Columbian times to present day. The objects portray how different species were represented in art, emphasizing the most common animal species and the most representative plant and floristic motifs. In Pre-Columbian art, it is often difficult to identify particular species by the artistic fusion of morphological features. In other cases it is interesting to see how ancient artists paid attention to animal behavior and the physical characteristics of fauna and flora, thus enhancing their supernatural meanings and attributes.

For the cultural groups of Mesoamerica -and especially those of the Maya region- the center of the cosmos was dominated by the sacred ceiba tree or Yaxche’, which was planted in the center of the Earth and served as a communication channel among the different levels of the Universe. This cosmological space included the sky, the Earth (or world of the living) and the underworld, as well as the four cardinal points, the zenith (“above”) and the nadir (“below”), which were part of the sun´s journey through the heavens and the underworld.

Several elements of the natural environment appear in Maya art, not only in the shapes and materials of utilitarian and ritual objects, but also in the iconography of pictorial and architectural art. In fact, objects made of shell of various species have been recovered, as well as effigy vessels with animal shapes and painted ceramics with complex scenes in which mammals, birds, insects, plants, fish, reptiles and deities stand out. Images of sharks, coral reefs, and what could be anemones, shrimps, and seahorses have also been reported.

For Pre-Columbian groups, animals were the main source of protein and one of the main sources of raw material such as skins, feathers, bone, hair and other materials. The adaptation of animals as being carnivorous, herbivorous, frugivorous (fruit eaters) or hematophagous (blood suckers) also served the Pre-Columbian peoples to associate them with certain natural features, deities or levels of the Universe. By the frequency of representations of certain species and the symbolism they manifest, it could be inferred that the ancient Maya used a classification system that organized living creatures according to their morphology, behavior and predatory habits. Today’s indigenous groups continue to group living beings, and everything that inhabits the universe, in categories that allude to the magical power still possessed by certain animals (such as the felines) or atmospheric phenomena.

In addition to birds, mammals dominated much of the decorative motifs in Pre-Columbian art, with the most common images being felines (especially the jaguar and the puma), the canines (dogs and coyotes), peccaries, monkeys, armadillos, rabbits and hares, and some rodents. In the case of ceramic pictorial art, we find vessels decorated with a wide range of reptiles, amphibians, fish and even crustaceans. In many cases, there are effigy-vessels with the shape of the animal. Some of the animals represented by the Pre-Columbian artists continue to appear in folk art and other representations of living culture, maintaining their symbolism.

This collection is under the custody of the La Ruta Maya Foundation for its protection, conservation, research, dissemination and public exhibition for educational purposes. Therefore, it is registered as Cultural Heritage of the Nation at IDAEH and the Ministry of Culture and Sports.

This exhibition is possible thanks to the support of: The Training Center of the Spanish Cooperation (CFCE), the Guatemalan Association of Private Natural Reserves (ARNPG), Paiz-Schloesser Family, Occidente Insurance Company, CRN & PubliRuta, Paiz Foundation for the Education and Culture, Mr. Reinhardt Zink, and Comunicación Estratégica (CE).

Video made by -and supported by- Ricky López Bruni at 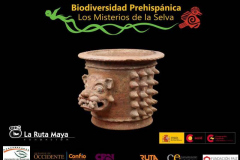 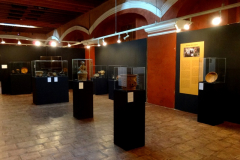 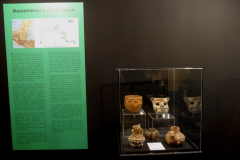 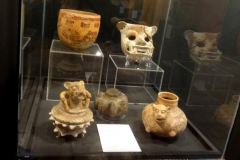 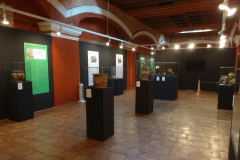 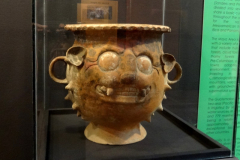 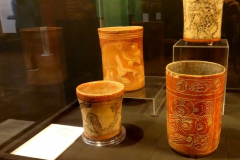 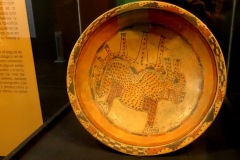 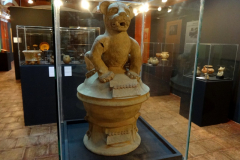 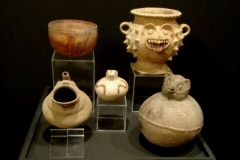 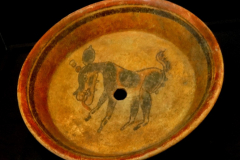 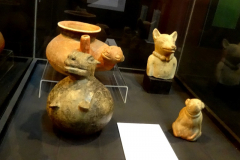 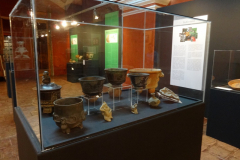 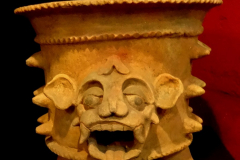 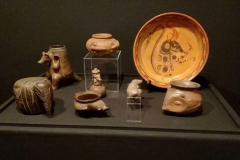 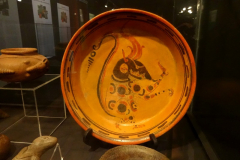 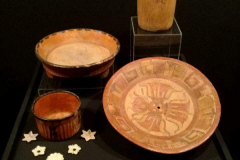 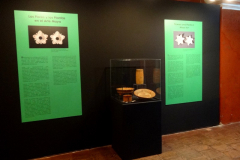 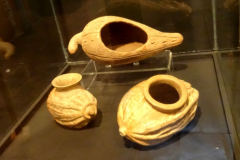 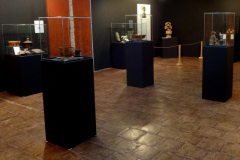 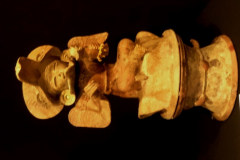 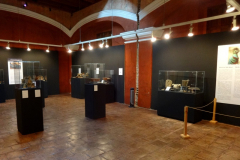 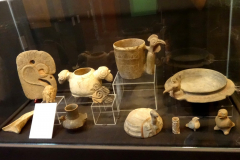 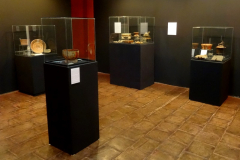