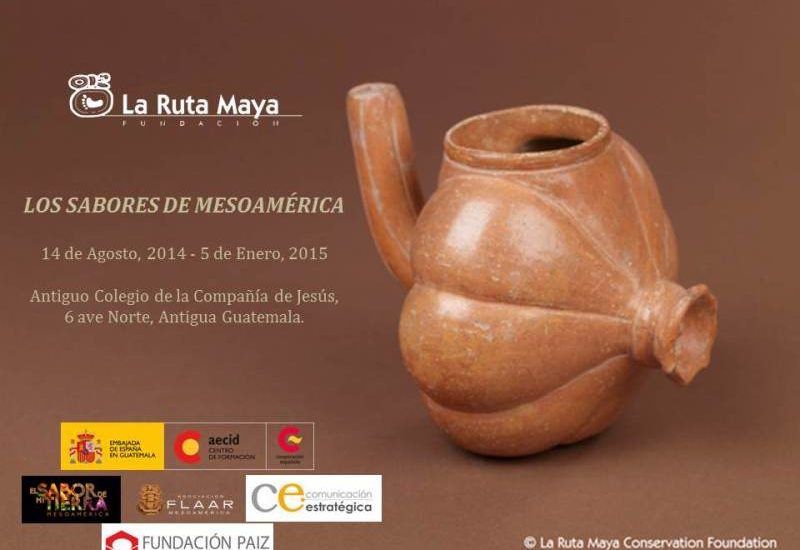 Exhibition THE FLAVORS OF MESOAMERICA: The Pre-columbian past of the regional cuisine

Guatemala, August 14, 2014.-  The La Ruta Maya Foundation, with support from the Training Centre of the Spanish Cooperation (CFCE in Spanish) exhibits a selection of more than eighty archaeological objects that illustrate the importance of Pre-Columbian cuisine and its main products, with particular emphasis on the “Mesoamerican triad “(corn, beans and squash) and the king of the sacred drinks: Kakaw. This archaeological exhibition is open to the public at the headquarters of the Antiguo Colegio de la Compañía de Jesús in Antigua Guatemala, from August 14, 2014 to  January 5, 2015.

This is the second temporary exhibition organized by the Foundation at the headquarters CFCE, with the aim of bringing various topics of interest to the public, related to the Pre-Columbian cultures, especially the Maya. Pre-Columbian art portrays the ritual, natural, and everyday life of antiquity through figures painted in bright colors in vessels in which their shape and decoration also provide information about the arts, customs, natural surroundings and diet, as well as the utensils used during food preparation. It also reflects the variety of animals and plants that still remain as the main source of protein and raw materials. Although the objects exhibited belong to the Maya area of Guatemala, food products and culinary customs were distributed equally throughout Mesoamerica (the geographical and cultural region stretching from northern Mexico to western Honduras and El Salvador).

The collection includes vases with scenes in which food and beverages appear, as well as effigy vessels, figurines of people and animals, and special vessels for eating, drinking and serving purposes. It also highlights several ingredients (fruits, vegetables, leaves, seeds, grains, and spices) that have gone beyond the Mesoamerican borders to the rest of the World. It is important to note the great impact that several native ingredients have caused in different countries and cultures. Among them it is fair to mention cacao (cocoa), vanilla, allspice, avocado and corn, just to mention a few.

This collection is in the custody of the La Ruta Maya Foundation with the purpose of preservation, conservation, research, education, and exhibition, and is duly registered as Cultural Heritage of the Nation at the Register of Cultural Property of the Ministry of Culture and Sports. La Ruta Maya Foundation appreciates the interest, support and hospitality of the CFCE and the Embassy of the Kingdom of Spain for promoting and highlighting the Cultural Heritage of Guatemala.

The script for this show was based on the idea worked by a group of Archaeology students from Universidad del Valle de Guatemala, studies on Maya cuisine and resources available on the subject in epigraphic, iconographic, ethnographic and culinary research. Valuable information was obtained from archaeologist Tomás Barrientos and anthropologist Luis Villar Anleu, authors of the book “Raíces Mayas en la Gastronomía Guatemalteca“; the support of Francisco Pérez, researcher and creator of the blog and website “Delicias Prehispánicas” (Mexico), as well as the photographs by Sofia Monzon, Jaime Leonardo, Eduardo Sacayón and Nicholas Hellmuth of FLAAR. The opening of the show featured a tasting of chocolate beverages with Pre-columbian ingredients by Ms. Mirna Rojas of “Chocolate Doña Pancha” (Quetzaltenango, Guatemala) with a long history since 1870; and a sampling of “Rooster in Chicha” prepared by Chef Titi Bruderer from Las Margaritas Culinary School (Guatemala City).

MARK YOUR CALENDAR with the series of converssatories and conferences organized around the exhibition “FLAVORS OF MESOAMERICA” at the Spanish International Cooperation Training Center. 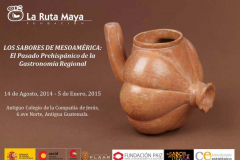 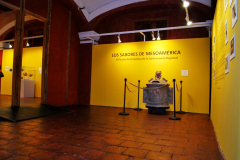 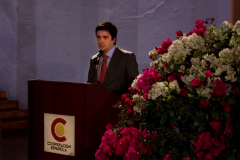 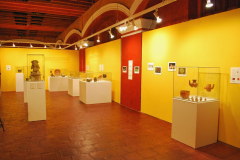 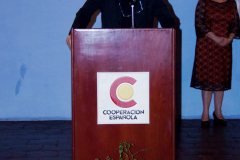 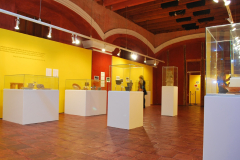 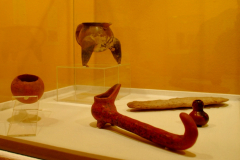 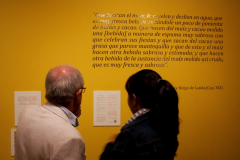 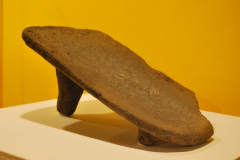 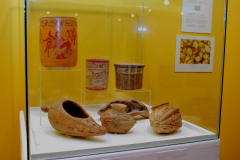 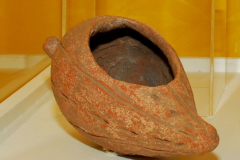 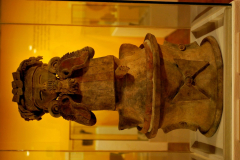 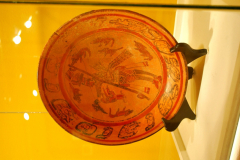 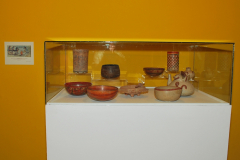 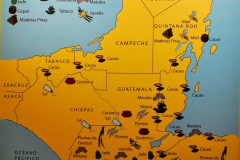 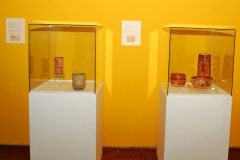 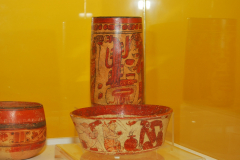 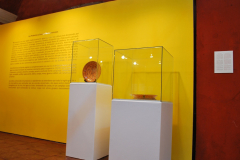 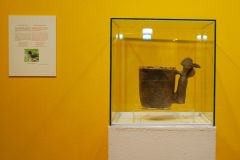 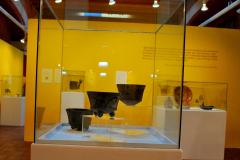 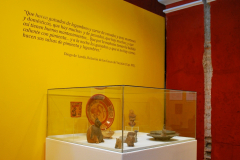 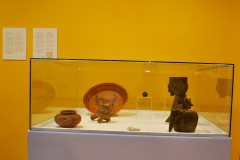 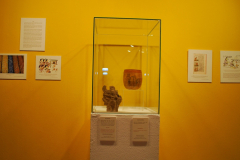 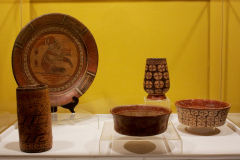