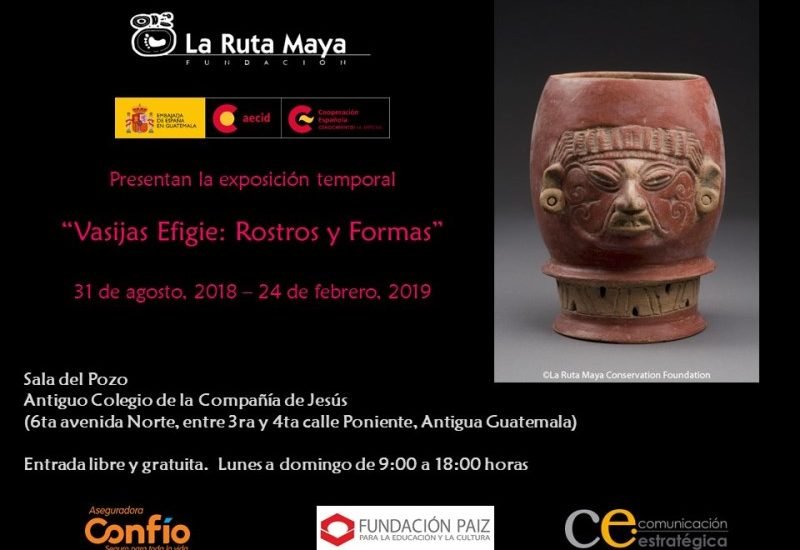 It is not so easy to print a human face on any object, especially when it comes to sculpting  clay, not only to give shape to figurines but to countless examples of ceramic vessels that were given anthropomorphic traits (“human-shaped”) adapting the round, oval or cylindrical shape of the vessel to give them enhancement and volume.

There is very little information about vessels with faces. Although manufacturing techniques are widely known, their possible function or symbolism is still on debate. Moreover, it seems that the vessels were only decorated with human traits as a way of reflecting the human nature or our own spirit on things. On the above, the famous Mesoamericanist Alfredo López Austin (1996) in reference to the pottery of the Nahuas said the following: “The face is the place from which the vital force of the breath emerges, which, as we have seen, is full of feeling and moral warmth. This makes the human face the mirror of the virtues of the individual” (López Austin, 1996: 184). On the other hand Emilia Raggi Lucio (2012) said that “for the Mayas, the head was a mark of individuality, of the whole body”, which extended to the face.

The archaeological studies that came closest to analyzing the “vessels with faces” are those that refer to the “portrait-vases” of the Moche ceramics from Peru. However, facial realism and are classified as portraits in vessel form – made with mold – and not vice versa, as is the case of Mesoamerica. The only thing we have in common are the anthropomorphic features and that the term “vessel” is given “by the consensus that exists that these objects could have served to contain liquids” (Millones, 2011: 6). In Peru, for example, vessels with anthropomorphic features have been classified as “sculptural vase” and “sculptural vase” (Larco, 2001), unlike Mesoamerica, where vases with human faces are not portraits, but they do have interesting specific features that enhance or exaggerate the features.

In the case of vessels with a face, these only present a very simple decoration achieved through elements such as paint to define the features; grooves and incised lines to represent wrinkles and hair; and applied balls and scrolls in relief to represent designs with tattoos, scarring and mustaches. The faces may appear inside a medallion or as an integral part of the vessel, complementing the features in relief with the other elements of the vessel, such as the supports, the spouts, the handles and the lids.

Effigy vessels began to appear in the Late Classic period (250 BC-250 AD) and prevailed until the time of the Spanish Conquest. Generally, they were not drinking vessels, because they would be fragile and uncomfortable, but to place liquids such as water, pulque, cocoa or some other drink as an offering. If dishes and bowls were used for solid offerings, vessels were used for liquids.

The vessels with anthropomorphic effigies are like small sculptures, although the shape of the vessel is not lost and it keeps its function as a container, respecting the basic geometric silhouettes. In these cases, the human appearance is limited to complete forms superimposed on the surface or projected from the shape of the vessel.

The individuality of the piece, as in a sculpture, depends on the representation of the head and in the presence of hair, navel, limbs and genitals. A face that turns to the side and a torso that gives shape to the vessel, also gives them life and expression.

“Larger containers are usually known as “funerary urns” because several have been commonly found in tombs. Indeed, for the Mesoamerican peoples, the souls or sacred forces that gave life to men and the rest of living beings circulated through the bodies of living creatures and dissipated after death. The effigy vessels could have been temporary containers for the soul of the deceased. It been argued, though, that they received liquids delivered to the deceased for their trip”.

In general and from very early times, the Mesoamerican art went between naturalism and abstraction when representing the human body. In some artworks, we can see a detailed description of the physiognomy and the appearance of the body, and in others, we see schematic and even geometric forms.

Even when the decorative repertoire seems limited, its application is surprisingly diverse. The vessel becomes almost “human” when the arms become handles; the feet work as supports for the vessel and the neck becomes a head thanks to a face with eyes, nose, mouth and ears.

Painting and other decorative details end up giving life to the vessel, identifying it as a man, a woman, an old man, a deity and even an animal. 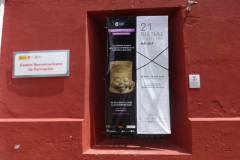 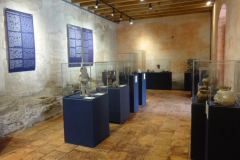 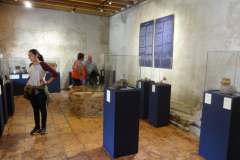 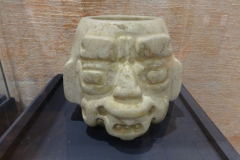 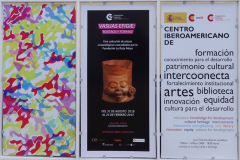 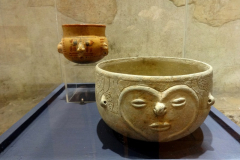 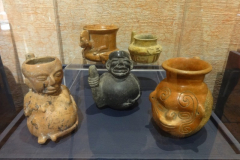 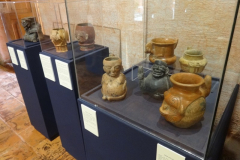 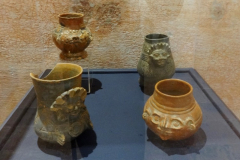 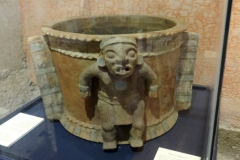 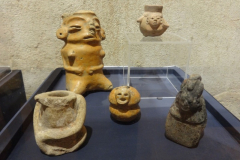 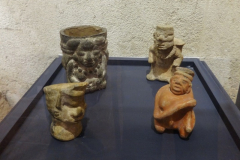 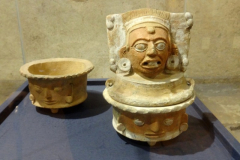 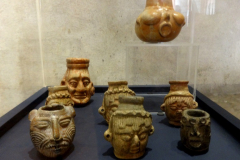 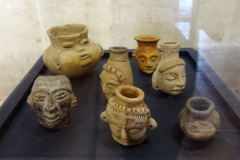 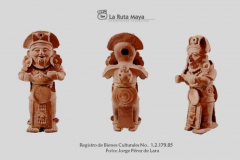 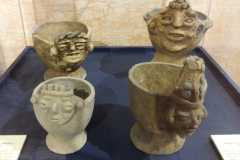 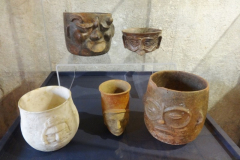 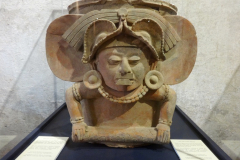 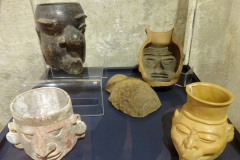 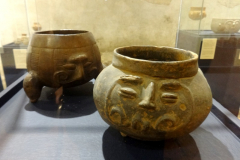 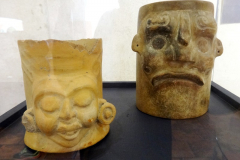 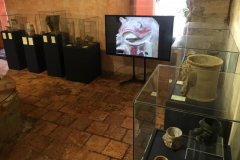 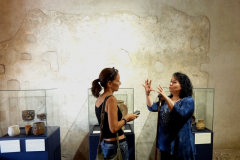