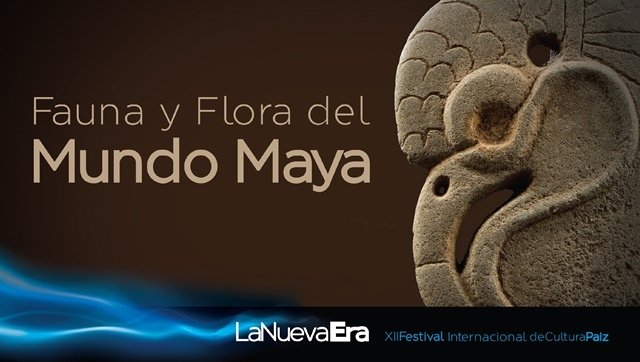 The Exhibition “FAUNA AND FLORA IN THE MAYA WORLD” opened on Thursday, February 28, 2013 as part of the Paiz Festival for Arts and Culture in the galleries of ARTECENTRO “Graciela Andrade de Paiz” in the historic district of Guatemala City. The exhibition is open to the public until May 31, 2013.

The show features over 100 Pre-Columbian objects of great artistic and historical value, most of whom make their first public appearance in Guatemala and abroad. The works of art are mostly from the Classic period (250-900 AD) with some earlier or later examples, with the aim of bringing to the public the current biodiversity while highlighting the main wildlife species known and represented in Mayan art and mythology.

The exhibit shows the skill with which the works of art were made in different materials (such as ceramic, shell, jade, flint, alabaster, limestone, basalt, etc.) but the importance that the Mayans gave to the natural and supernatural traits of animals and plants.

For the ancient Maya, the natural environment was a core component of their lives, both as a source of raw materials and food, as well as the place inhabited by supernatural beings. The animals were the main source of protein and one of the main sources of furs, feathers, blood, hair and other materials. The adaptation of animals as carnivores, herbivores, frugivores (fruit eaters) or hematophagous (blood feeders) was also used by the native cultural groups to associate them to certain natural features, deities or levels of the universe. Plants and flowers, on the other hand, were not only decorative, but had different meanings too. Figures of trees illustrating scenes (some bearing fruit) also appear in vases and dishes.

Mammals dominated much of the decorative motifs in Pre-Columbian art. The most common images were felines (especially the jaguar and puma), canids (dogs and coyotes), peccaries or wild boars, deer, monkeys, armadillos, rabbits and some rodents. We also find vessels decorated with a wide range of reptiles, amphibians, fish, crustaceans, and snails. Birds, however, had a polyvalent symbolism: some were related to heaven (quetzals, macaws, parrots, birds of prey and other birds of colorful plumage) and others to the underworld (such as waterfowl and nocturnal birds). Birds attracted the attention of ancient peoples through their song, their colourful plumage, their appearance, their natural behavior, and their economic use (food and raw materials). The dominant features, such as beaks and feathers, were copied faithfully or stylized to highlight the supernatural symbolism of the bird.

La Ruta Maya Conservation Foundation appreciates the interest and support of the Paiz Foundation for Education and the hospitality of ARTECENTRO “Graciela Andrade de Paiz”, host the exhibition, in promoting the Cultural Heritage of Guatemala. 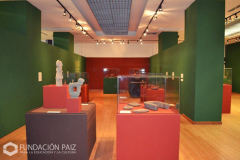 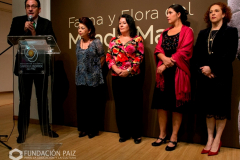 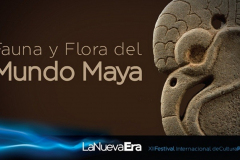 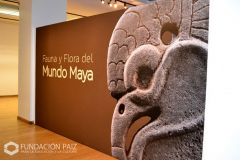 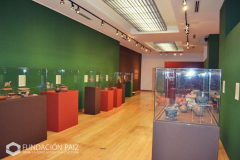 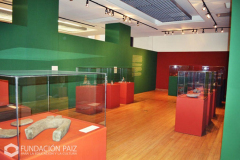 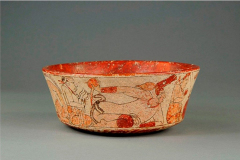 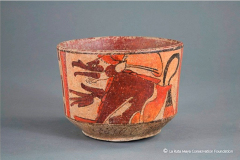 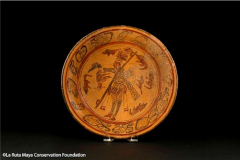 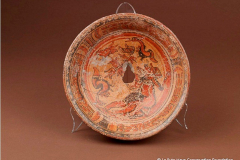 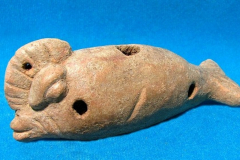 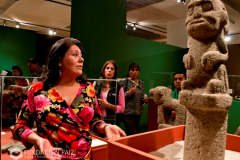 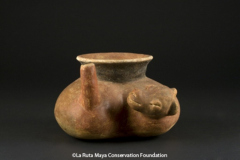 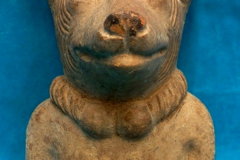 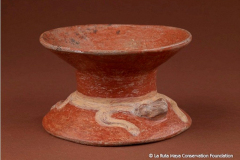 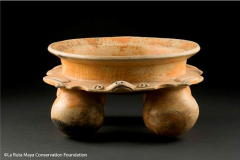 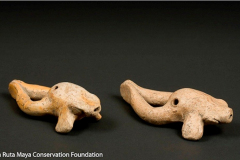 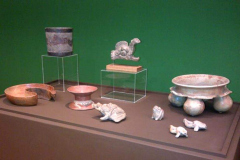 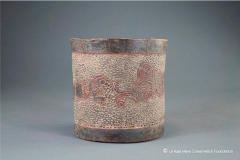 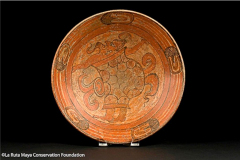 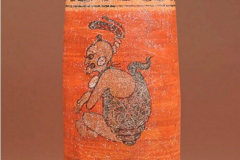 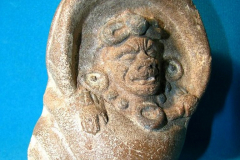 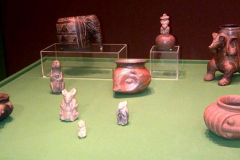 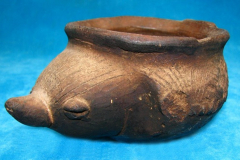