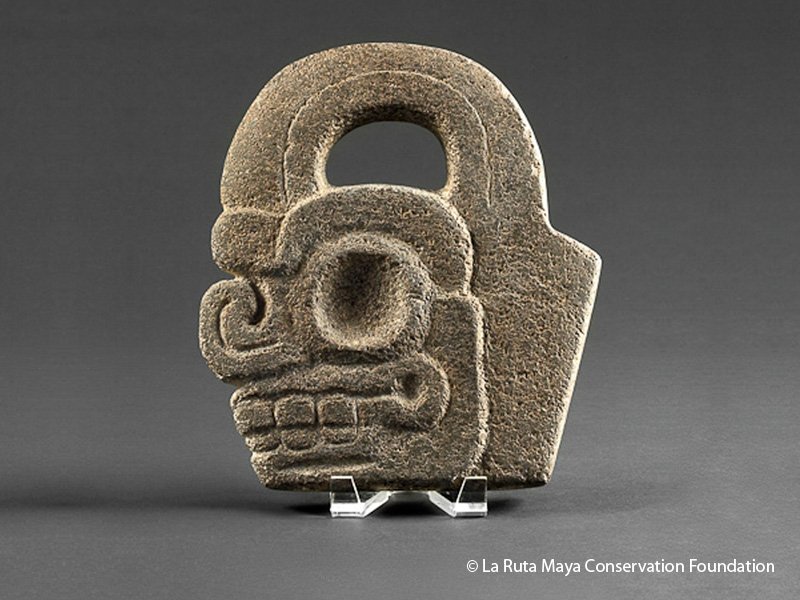 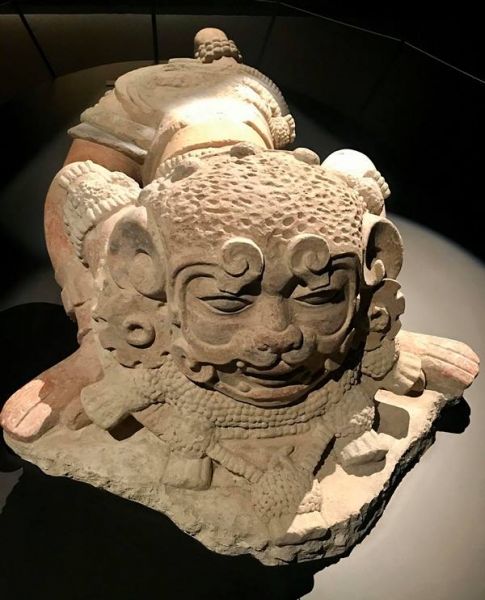 Founded on October 25, 1990 by Wilbur Garrett, retired editor of the National Geographic Magazine, La Ruta Maya Conservation Foundation is organized as a nonprofit in the United States under the laws of the State of Virginia. Since 2004 the presidency is held by Mr. Fernando Paiz, a Guatemalan businessman recognized for his support to the arts, culture and education. In 2007 starts operations in Guatemala, where is registered in the Ministry of the Interior as Fundación La Ruta Maya.

Fundación La Ruta Maya (Guatemala) is the only private organization in Central America that promotes and manages the recovery of archaeological property that left the country illegally in the past decades, with the purpose of repatriation. The Foundation also receives donations in Guatemala.

Vision: To foster a society concerned with the rescue and conservation of its cultural values by educating the new generations to preserve them in a sustainable manner.

One of the goals of the La Ruta Maya Foundation -in addition to returning objects to the country- is to share the collection of Pre-Columbian art in its custody as follows:

The collection consists of more than 3,000 objects duly registered as National Cultural Heritage at the Register of Cultural Patrimony of the Ministry of Culture and Sports.

La Ruta Maya provides a platform to disseminate research and related events -about cultural and natural heritage of the Maya world- through our website and our page in www.facebook.com/larutamaya

La Ruta Maya Conservation Foundation is a non-profit organization whose objective is to support the rescue, conservation, and preservation of Guatemalan cultural values by promoting education, dissemination and valorization of the Mayan cultural heritage in the Mesoamerican region.

The main activities of La Ruta Maya take place through the following programs: 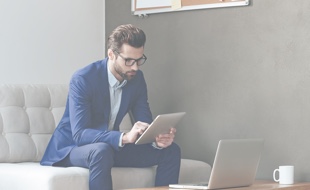 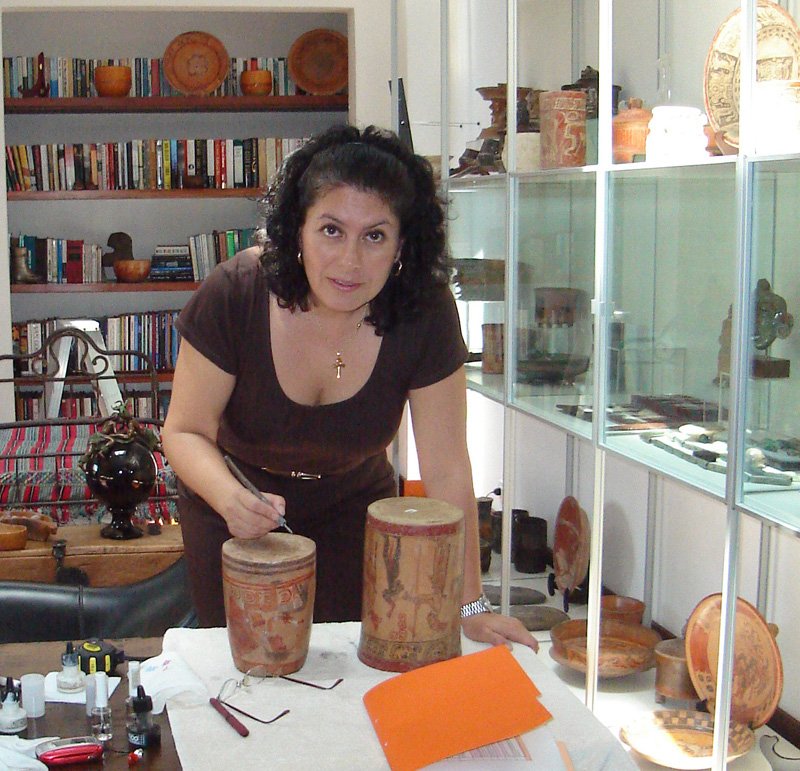 Recovery and repatriation of archaeological objects:

The Foundation has created a collection of pre-Columbian art consisting mainly of objects with a great artistic and/or archaeological value that have been recovered in foreign countries or obtained as donations from existing collectors in Guatemala and abroad. The Foundation also receives donations to support and promote the implementation of its various programs. It also seeks to establish partnerships with museums in the region to give on loan important objects for understanding of pre-Columbian art in the region. Efforts are made to lend them for exhibition in museums abroad, as well.

Collection Registry and Management: Each object in the collection is inventoried and legally registered as cultural heritage of the Nation at the Registry of Cultural Property of the Ministry of Culture and Sports of Guatemala. Presently, more than 3,000 archaeological artifacts have been registered. Each object has a file that includes its legal registration form, a history of restorations and other conservation processes, photographs, associated bibliography and data of similar objects that has been published. The Foundation does not purchase archeological objects for its collection in Guatemala as it does not want to foster the looting and illegal trade of artifacts considered national patrimony. However, the foundation accepts objects given voluntarily by individuals and institutions.

Since December 2007, La Ruta Maya organizes exhibitions of pre-Columbian art and slingshotss, textiles and traditional dance masks, with the aim of showing the public the variety of artistic manifestations still present in the Maya region. Examples of the Pre-Columbian collection have been given on loan to museums accredited in the country such as Miraflores Museum, Popol Vuh Museum, and the Ixchel Museum of Indigenous Costume (in Guatemala City), as well as the Archaeological Museum of Casa Santo Domingo in Antigua Guatemala. Starting October 2010, La Ruta Maya presents temporary exhibitions in the lobby of Occidente Financial Center (which are renewed each 6 months), and since November 2015, in the Lobby of the Occidente Insurance Building, both on the 7th avenue zone 9 , Guatemala city. Other temporary exhibitions have been organized in venues such as the “Graciela Andrade de Paiz" Art Center (at the Historic District of Guatemala City), the Training Center of the Spanish Cooperation, in Antigua Guatemala; the Casa Noj Cultural Center and the art gallery of Interbanco (both in Quetzaltenango).

Registered archaeological pieces are available to researchers and university students for academic work and cabinet practice.

News and discoveries in the Maya region and Mesoamerica, as well as the collection of the Foundation, are made available through different platforms: web page, press releases, specialized magazines, academic publications, and social media.

The Foundation has edited, promoted, and contributed to various publications that highlight Guatemalan art, including self-published books, exhibition catalogs, and magazine and newspaper articles. For this reason, several pieces in his collection have been featured in magazines and catalogs of specialized exhibitions on Mayan art. 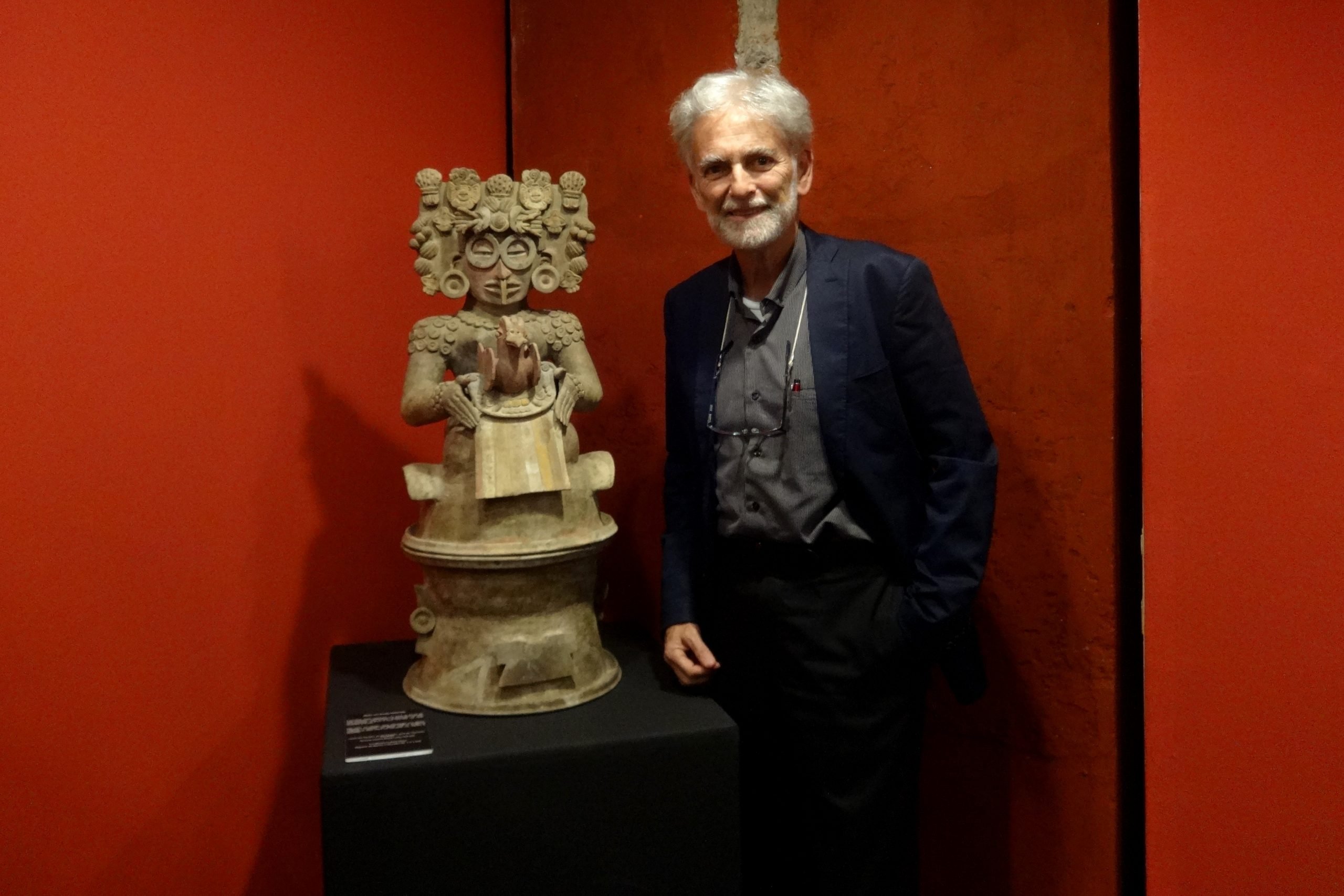 Mr. Paiz received a BS in Industrial Engineering from Northeastern University and an MBA degree from the MIT Sloan School of Management, both in Boston, MA.

As a businessman, he has been the founder and chairman of several companies in Guatemala and Central America, including Walmart Central America, Cybernet, Petco International, Centra Norte, Interforest, Latam Hotel Corp. Mangosa, Pacific Solar Energy, and Itz ' ana and Ka'ana boutique hotels in Belize.

Passionate about art and culture, he has participated in non-profit, philanthropic and community organizations in Guatemala and the United States. His interest in community service led him to preside and participate in the Paiz Foundation for Education and Culture, the Paiz Art Biennale, the Maya Cultural and Natural Heritage Foundation (PACUNAM), Save the Children Alliance Guate., EcoLogic Foudation, Heineman- Robicsek Foundation in Charlotte, NC (from where he has led important donations of medical equipment to public hospitals in Belize and Guatemala) and Zamorano University in Honduras, where he is Director Emeritus.

He is currently President of La Ruta Maya Foundation, a cultural organization in Guatemala with a Pre-Columbian collection in custody, registered as national cultural heritage in the Registry of Cultural Property under the Ministry of Culture and Sports.

In 2010 the French government awarded him the “Chevalier des Arts et des Lettres" Order at the French Embassy in Guatemala, for his efforts to protect the Mayan heritage of the country. In 2014, National Geographic invited him to be part of the “Cultural Heroes" along with other personalities whose vision and effort have impacted worldwide by promoting the conservation of the archaeological heritage of humanity.

Sofía received an MA in Museum Studies and an MA in Caribbean & Latin American Studies from the Graduate School of Arts & Science of New York University (NYU, USA). She holds a BA in Archaeology from the Faculty of Social Sciences of the Universidad del Valle de Guatemala.

In her professional career, she has been Assistant Curator of the Popol Vuh Museum (UFM, Guatemala); a William Fulbright grantee for Pre-Columbian Art and Collections Management (resident at the Duke University Museum of Art, NC, USA) and a consultant to the Wildlife Conservation Society (WCS) at Tikal National Park and the Sylvanus G. Morley Museum (Petén, Guatemala). Likewise, she has been Deputy Director of Cultural and Natural Heritage (Guatemala), Field Coordinator of the Management Plan for the Copán Archaeological Park (IHAH-WCS, Honduras), and Projects & Donations Officer at the Foundation for Conservation in Guatemala (FCG). She has lectured in national and international events, as well as participated in specialized seminars on cultural heritage.

She is currently a Board member of the Guatemalan Association of Private Nature Reserves (ARNPG), as well as a member of other cultural and environmental organizations such as the Guatemalan Association of Museums (AMG), the International Council of Museums (ICOM), and the Biological Monitoring Board for the Maya Biosphere Reserve (MMB). Since 2007, she has been the executive director of La Ruta Maya Foundation with experience as collections registrar, curator, and exhibitions’ courier in several countries. 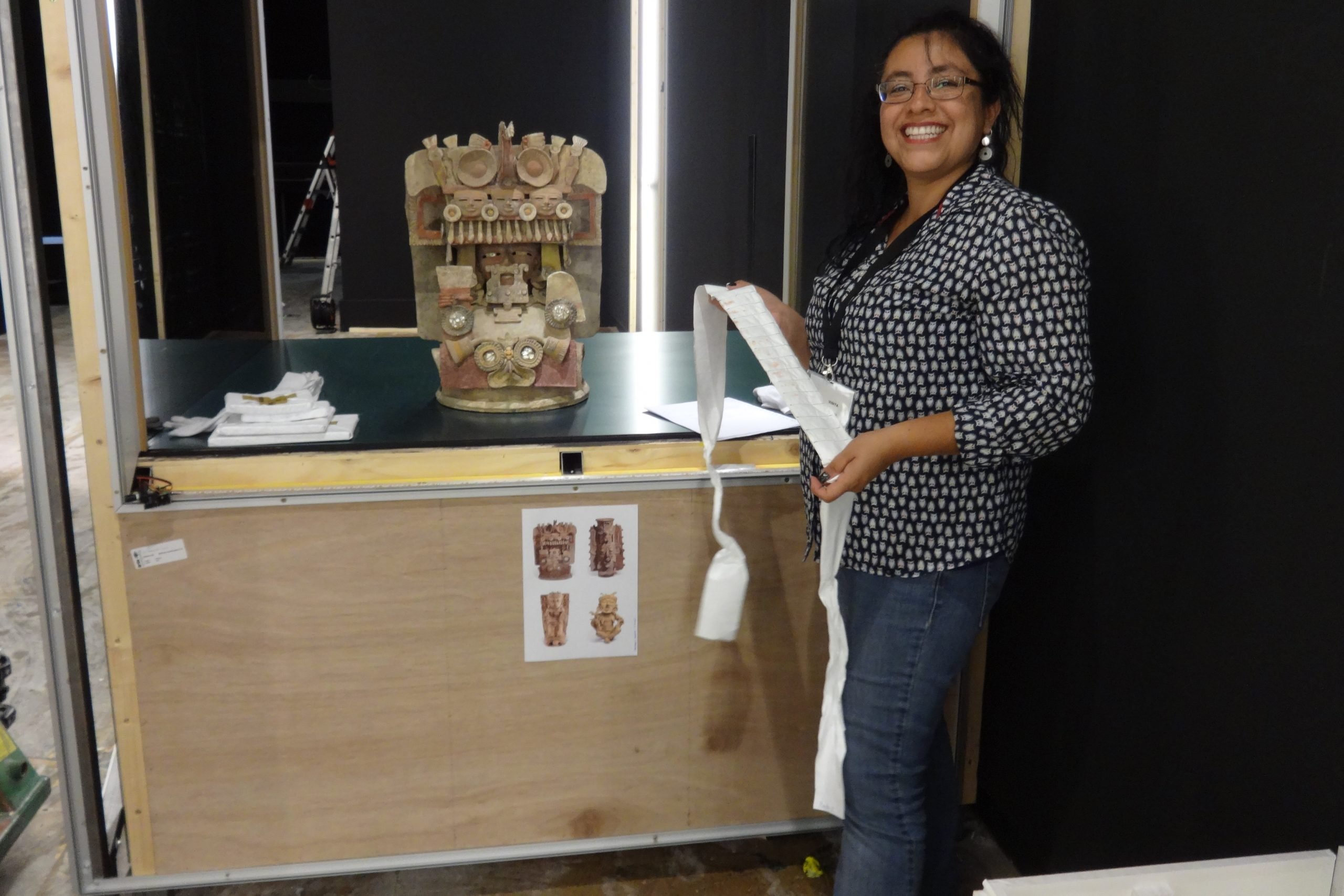 Claudia received a Master's Degree in Cultural and Heritage Management from Universidad Rafael Landívar and a Bachelor's Degree in Archaeology from the Universidad de San Carlos de Guatemala.

She has carried out studies related to museums and collections, obtaining a Master in Museology from the Instituto Iberoamericano de Museología and a Certificate in “Heritage Collections: Ethics, Policies and Documentation" from the Instituto Mexicano de Curaduría y Restauración.

She has several publications, as author or co-author, related to Pre-Columbian archaeology and bio-archaeology, museums and, more recently, the Guatemalan industrial heritage. She has taught courses at the San Carlos and Rafael Landívar Universities in Guatemala and has lectured in national and international events.

Since January 2012, she has been in charge of the Cataloging and Registration Unit at La Ruta Maya Foundation, with experience as collections registrar and exhibitions’ courier in several countries.